Learning new things is always good, being constantly looking for what to do to make the most of our time is a very healthy practice. And it is normal that today both young people and adults feel attracted to doing those things that they are most passionate about and interested in. Video games, for example, have become one of the most famous and booming entertainment media in recent decades. To such an extent that this industry outnumbers mythical entertainment media such as cinema. And like all entertainment media, there will be those who want to learn to create their own works. That is why today in how-to, we want to share with our readers, those programs that you can enter the world of game development. Thus managing to create video games of all kinds. 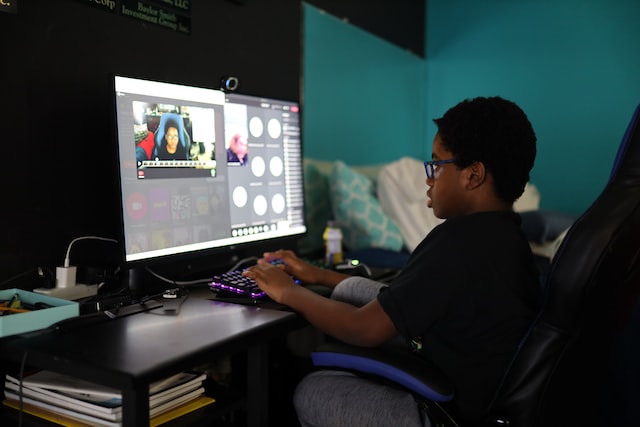 The first step to take to create video games is to choose the program that feels most comfortable to you, and that of course helps you improve the quality of your projects. Starting from the fact that there must already be a vague idea of ​​what you want to do in your mind. Knowing this, choosing a program will be a piece of cake, without further ado, let’s start with the list…

What do you need to start creating video games? (At the software level).

Little aspiring video game developer, you have to keep in mind that software development is a multidisciplinary profession. Which means that it is not just about learning and mastering the use of an engine to create video games or a programming language? The development goes further by needing to know how to compose music, character design, level design, writing and narrative (In case your game has a story) and much more.

Although there are engines that already incorporate certain tools such as graphic editors or map generators. It’s always better to be able to create everything on your own. That way you get better control over your project.

But to summarize, you are going to need the following types of software…

Mastering a program that deals with any of these areas will be essential to be able to create video games; of course this is a very basic summary. Depending on the project you intend to do, this list can be further expanded.

List of easy to use engines for creating your game.

The most popular game engines can be somewhat complex or overwhelming for novices. So many features and things to learn can turn off a creative mind, so it’s always better to start with much friendlier software. Taking advantage of the fact that the video game industry has much more to offer than just Unity and Unreal Engineer. We want to share with you a list of the easiest engines to learn to create video games.

Engine for creating simple video games that does not require prior programming knowledge. Since the software is handled by an event system. Contruct2 is used in academic courses to introduce young people to indie development, leaving aside the very complex technical aspects. The only flaw is that in order to distribute your works you will need to buy the professional engine.

If its name sounds familiar to you, it is because you probably know the RPG Maker engine, but in this case RPG paper Maker has no relationship with the aforementioned engine. Since although they share the fact of creating RPG games, paper allows them to be created in 3D, and using a very particular aesthetic, since you can create games in 3D but using 2D graphics, that’s how crazy it is.

The result is a mix between final fantasy and the paper Mario saga, a saga that you probably know for its unique and fun aesthetic. You will find everything you need to know about the program on their website.

To conclude, we have the Banned programming language, a language that perhaps by current standards has already become obsolete, but that can still be used a lot from this language. Thus, creating very interesting works.

Banned is a very complete tool with a community entirely in Spanish. Its forum is very active and its documentation very complete, it is worth at least to take a look at its website and evaluate its possibilities.