A writer would be nothing without his pen and paper to write, a musician would not be a musician without his instrument, and a programmer without an IDE is not a programmer. This is how we start the writing of this entry, making them understand the importance of IDEs (integrated development environments). For anyone who is dedicated to the world of software development. 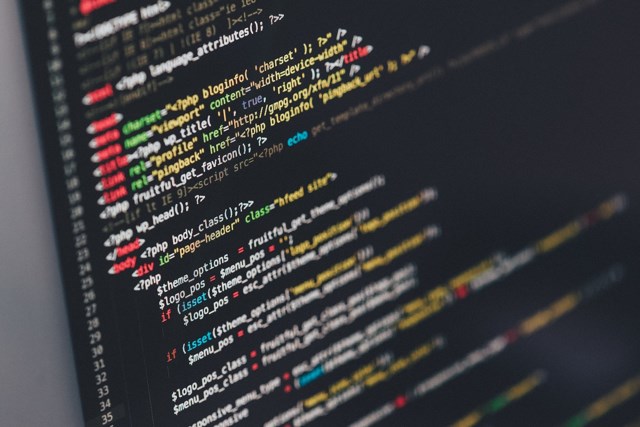 In essence the IDE or also commonly known as text editors or code editors. They are the prime tool that every programmer needs to have in order to be able to function in their craft. They are very similar to traditional word processors, such as Word. Only that they have a series of functions and features that provide greater comfort when programming or writing software code. You have most likely seen one in your life, especially if you have come this far on your own.

We will dedicate this entry so that you can easily and quickly understand what these tools are. And how can you get one to start programming.

How do they work?

Integrated development environments could be considered as an intermediary or even translator between man and machines. To understand what we mean by this, we must first take into account that computers do not understand our language (letters). They only interpret numbers, so the ID, what it does is it takes our code (written mostly by characters), and translates it into a language that the machine can interpret. With the help of a compiler.

Many of these code editors usually have a built-in compiler to be able to process and execute our code. There are even IDEs created exclusively for certain languages, so these by default usually come with compilers for it.

So in summary, code editors are not just intermediaries during the process of interpreting our code. To the point that without them, it would not be possible to program directly, since there would be no easier way to transfer our language to the numerical language of machines.

Now that you know what they are, and how they work, the most natural thing is to learn how to get one. For this you just have to go to Google and do a simple search. You can locate IDEs either by name or by simply searching for “text editors for X language”. Keep in mind that what determines which editor to download is the programming language with which you intend to develop, although it is true that today there are many general-use IDEs (such as sublime text, notepad++ or visual studio). Which are compatible with a wide range of programming languages? It never hurts to first investigate which environments are compatible and recommended for the language you intend to study.

This becomes more important when it comes to very little known programming languages. For example, here I would like to mention the LUA language using the LOVE engine (which is designed for the development of video games in the mentioned language). This in principle could only be interpreted by the Atom IDE. Today, although it can be installed in other alternatives, the truth is that the most recommended is Atom. And this not only happens with LOVE, but it is always necessary to investigate which integrated development environments are more suitable for the language we intend to use.

IDEs in the cloud.

To conclude this entry, we would like to mention the IDE in the cloud. Understood as those that are hosted on the internet, and therefore, are used online. These types of code editors have a handful of advantages over those that work locally. On the one hand, we have how fast it is to develop in them, because as usually happens with this type of online product, it is not necessary to download anything to start using it. In addition, this allows for a standardization of environments and equipment.

It also has the advantage of not having compatibility problems with the equipment or operating system. Well, let’s remember that when you are hosted on the internet, practically all equipment is compatible, as long as you have a good connection. Cloud IDEs are virtually indistinguishable from their local counterparts (in terms of interface). But they do stand out for acquiring all the advantages of being online software.