Have you ever wondered what each of the bit formats in images are and what they are for? If you are one of those who have entered the world of graphic design or you usually edit graphic files constantly. Surely you will have noticed that the images are assigned different formats; we have jpg, pang, gif, tiff or bmp. They all seem to be exactly the same, however if computer science named them differently, it’s for some reason, right? Well, that is what we have come to answer today. We will explain what each of these image formats are and what they are for, in order to learn something new. 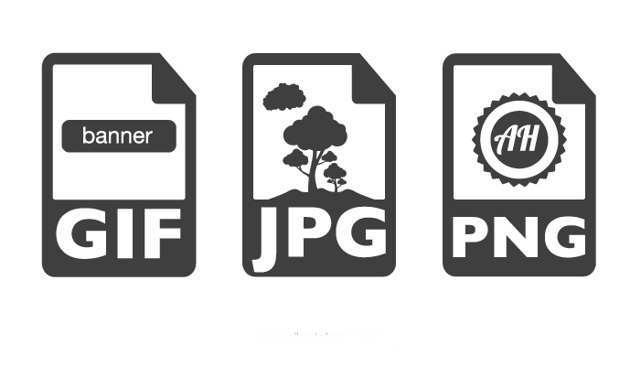 Let’s start with what is one of the most popular bit formats; JPG is essentially a graphic compression format. This means that the format has the ability to compress images, with the sole purpose that they take up less disk space. It is important to keep in mind that JPG does loss compression, which means that the higher the compression, the lower the quality of the image. Most graphics editors have the ability to specify image quality when handling these bit formats.

This is also the format used by most mobile devices and social networking applications. For this reason, when we send an image by What Sapp (to give you an example), it usually looks lower quality compared to the original.

As with JPG, PNG is also another of the bit formats used to compress images, but with the important difference that PNG compresses images without loss of quality. In addition, these types of images include an alpha channel by default, which is used to decide a scale of transparency in the image. Reason why those images with a transparent background belong to this format.

It is used for logos or high-quality images, in addition to providing the added benefit of using transparency and gradients in images. The use of this format is recommended as long as the weight of the image is not a problem.

What are GIF images?

Let’s go with the one that, in my opinion, is the most fun and dynamic. In fact, it fits like a glove to refer to the gif format as “the most dynamic”. Well, it literally gives dynamism to the images because it is an animation format. Even to date, its greatest utility is the display of images with animation and advertising banners. More than anything because it is the only one of the bit formats that is supported even by old web browsers.

Like any animation, GIFs are basically a “pack” of images compressed into one that, according to a parameter that defines its speed, will change sequentially. Thus generating the visual effect of animation.

TIFF could be considered as one of the bit formats that is in decline, or else. They are no longer very useful given the appearance of other formats that fulfill their role more efficiently. This format is used to work with image data that has not been processed. It’s basically a way of storing images in documents, very similar to what PDF does today. For this reason, it has become one of the least used formats today, but one that cannot yet be declared dead.

To conclude today’s post, it is up to us to talk about BMP, also known as the bitmap or bitmap format. This format is proprietary to Microsoft, and can only be used on Windows operating systems. As such, it fulfills a function similar to that of the PNG format. In other words, it is capable of storing high-quality images, supporting 24 bits (millions of colors). Or the archaic 8 bits (256 colors) or even less.

Also say that this format has an alpha channel, which means the possibility of working with transparencies within the images that use it. We could consider BMP as an exclusive alternative to PNG for Windows systems.