We all know the Gameboy generation. These marked a before and after when Nintendo decided to manufacture this portable console. Do that at that time the table consoles are the ones that reined at that time. And if you wanted to play something that belongs on the portable, there are games for phones. With the arrival of the Gameboy, you could play different video games simply by having the game cartridge belonging to the Gameboy console you had, and enjoy. 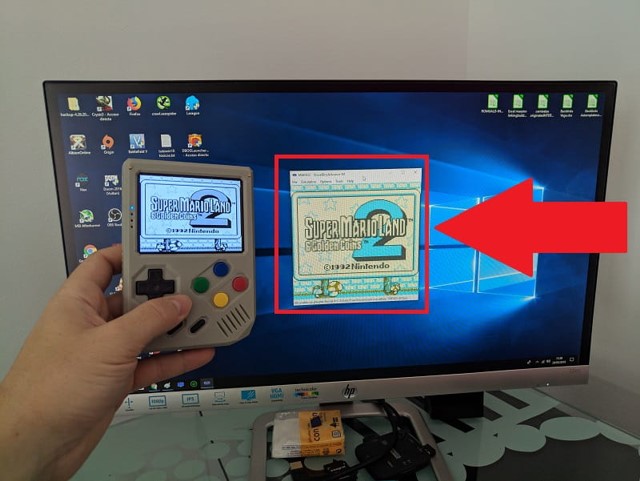 Remember that there are 3 versions of the Gameboy, this is the first which was the one that began to gain ground in video games. It was simple, it looked like a gray brick, and its games had no color like the consoles of that time, since the difference between portable and tabletop is that the tabletop ones have more capacity and power. While the portable ones should be reduced, but it’s characteristic that you can take it everywhere makes the little fight to see which type of console is better balanced. Then came the Gameboy color, bringing some color to video games. But it was not until the advance where it improved. Bringing better graphics for its time, and good freedom for colors.

Although currently it is as impossible to get those consoles. The emulators came to help you, and that is why you are going to know about the best Gameboy emulators.

These are software that work to be able to use a console on any platform, coming to shine well on computers, and can also be used on mobile devices. It’s not just Nintendo consoles; you can also download PlayStation emulators, and more. Depending on the power of your computer, it will depend on which console you are going to want to download its emulator. Although many emulators are designed to be able to work as quickly and easily as possible so that they are on all computers, there are several that even if they try, you will still need to have a mid-range computer to be able to play quietly.

Especially if they are for almost current consoles, since they will ask for more requirements than the old ones.

Being the most popular of the entire list, it was even able to reach Linux systems, Mac and surprisingly it was ported so that it can be used for the Wii console. It has 2 versions, the first is SDL which is cross-platform and the other version is for Windows which uses DirectX. The latter being the most used and famous.

As interesting things to offer, is the ability to import the games that you have already saved in order to export them in other Gameboy emulators, in addition to saving the games at the time you want (this is noticeable when they are one of those games where only there are save points and not being able to save the game whenever you want like in Pokémon for example) play in full screen and you can record the screen or the audio.

Normally this emulator is known as it works for games of the portable and revolutionary Nintendo «DS» console. But this emulator also works for Gameboy advance games. As well as being able to save games, it can also read multiple cartridges, and that means you can play other DS or Gameboy games at the same time. And best of all, this GBA emulator is the first to have an option to play multiplayer on the same computer.

The only disadvantage that this emulator has is that you need to have a mid/high-end computer so that it can run the games well without any hassle, or have a good video or graphics card to be calm.

If you want to play the Gameboy but on your phone then this emulator can work, this one works for android devices. Being very fast, it can run on many phones on the same system, so you won’t need an extremely current version to play. In addition to going well on tablets. The best thing is that you can download them on Google Play, having 2 versions. Of course, they do not have any games in the emulator, so you must download the games in the SD memory.

If your phone has the ions system, don’t worry, because this emulator is good for you, at the time it was withdrawn due to legal actions, but it came back and this time much better than its previous version, as a feature, we have that you can synchronize it with the Drop box, you can save the games whenever you want, be able to play it in multiplayer mode, and in addition to the Advance, you can also play the Color and Classic ones.

Everyone knows that it is the 3DS, being this the last portable console of the DS and which was able to position itself to last…