Video games have ceased to be a simple leisure or entertainment medium, which is only practiced by a couple of cat peelers, to be today the industry that moves the most money. Far surpassing cinema and music, to give you an example. Not only that, but they have also been becoming one of the best means of artistic or creative expression. To the point that many developers prefer to tell their stories through a video game. One of these reasons may have been the one that brought you here, or at least ask the question; how can I start creating a video game? 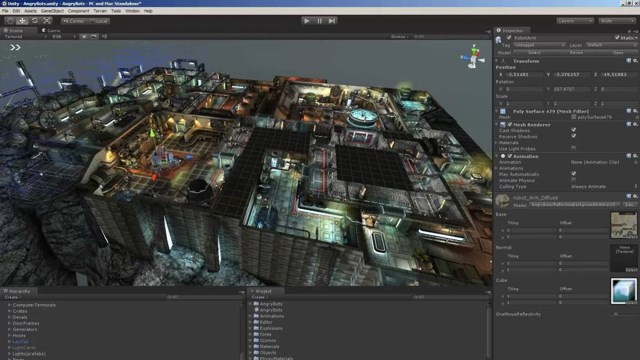 The answer to this question is the one that gives rise to this article, and therefore it is the one that we will focus on answering. The truth is that it is extremely simple, because if our desire is to give shape to an idea through video games, you only have to locate the correct tool with which to do it, or rather, work environment. You see, in the development of a video game, there is something called Engineer or Video Game Engine. Same as, as its name suggests, it appears as a software or framework that provides you with all the tools and functions necessary to make your own video game.

So if your intention is to start creating a video game, the first thing you should do is downloading and learns how to use a game engine.

What game engine should I start with?

Now that you know that to start creating a video game you need an engine to make them, the most natural thing is for you to ask yourself, with which one? The truth is that today there is a wide variety of video game engines of all types. From those dedicated to a very specific genre, through the most general, and culminating in the most powerful. Moreover, there are even those that do not require programming knowledge to be able to function.

Obviously, the most advisable thing is to choose one that fits what you are looking for, you want to do and your needs or abilities. So if you want me to save a bit of searching, then I will share with you a small list with what I consider to be the most important engines for creating video games. Or at least the most useful for a beginner.

This is the preferred option for many to start creating video games, and it is probably the most recommended. Unity is an engine to create very complete video games, and with which you will be able to create all kinds of games that you can think of; Platforms? Shooters? Graphic adventures? Metroid manias? All these genres and more are possible with this tool.

Not only that, but Unity stands out for being today the engine with the largest community, and therefore, the one with the most tutorials. This is great because as a newbie, you are likely to have doubts or make mistakes. So all you have to do is do a Google search and you will find the solution. Well, the Unity community is so big, that you probably doubt, it has already been clarified and resolved by another user in the past.

If Unity is the most popular, UN real is without a doubt the most powerful. This engine stands out for being a tool capable of creating games with above-average graphic capacity. It is so powerful that, in fact, it is an engine that has been used by large video game companies, with which triple a games have been made. So yes, there is no doubt that the capacity of this tool is high.

Now, being a beginner may not be the best option, however it all depends on your commitment. If you are excited to develop powerful games that have nothing to envy to a current generation game. Then unreal is your best option.

Our last recommendation is Construct 3. The reason is that it is a game engine which allows you to develop games without having to learn code or programming. It is honestly a highly recommended option if you are new, because thanks to its very friendly interface, it is possible to quickly become familiar with the tool.

However, you should keep in mind that it is not a free tool. Which means that you will have to pay some money to be able to use it? Although yes, we can give you a guarantee that it is worth paying for this tool.

On other occasions we have talked about the best applications to clean the Android phone, the best social network apps or the best photography applications. Now it’s time to do…