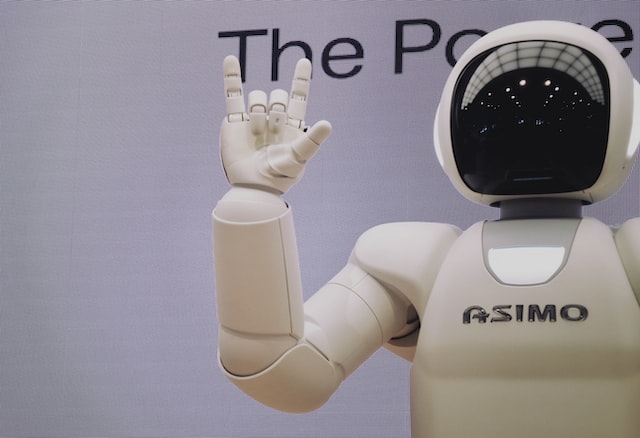 However, despite the fact that technological advances have been remarkable, human beings have not reached those limits, they have not fulfilled each of their expectations.

However, the field of robotics has been rapidly gaining ground. In the beginning, robots were small. Sometimes tiny and their functions were very simple. But, over time, their designs have become more complex until they have become what are known as humanoids.

This type of robot has characteristics very similar to those of human beings. For example, it has a head, trunk and extremities, with which you can carry out different types of activities that facilitate day-to-day tasks and make work less tedious. Especially those that include repetitive actions.

But, in addition to that, humanoids have a face, which increasingly resembles that of the human being. Such is the case of Amici. This is, nothing more and nothing less, the most advanced humanoid robot in the entire world. But what makes it so? What features does it have that makes it so unique and special?

If you are interested in technology and science fiction stories, this post has been written for you. In it, you will find very interesting data about the achievements obtained with this robot. In turn, you will have a clearer idea of ​​where technology is headed and what the expectations are for tomorrow.

Instructions for Amici the humanoid robot

Amici is the name of the world’s most advanced humanoid robot, which is at the forefront of human robotics technology. It is the ideal platform for human and robot interaction, any met averse or digital realm.

This type of technology is innovative, reliable, upgradeable, modular and easy to develop. Since both the hardware and software are modular, they can be run independently of either the head or the arm.

The company surprised the world by presenting this humanoid robot that has the ability to move several of its limbs and has the particularity of having human features on its face.

While it is true that his body structure is quite robotic, his face is increasingly similar to that of human beings. It is grey. It has been done this way so as not to create stereotypes related to gender or race.

He was introduced to the real world through a video where Amici wakes up in a laboratory, begins to detail himself and reacts with amazement when he notices that there is a camera recording him.

Although the blinking, the movement of the eyebrows, the shape of his mouth, and other details related to his face and expression, are far from neat, they are quite natural, it is the best and the most advanced that is known in the world of robotics.

Currently, this humanoid does not have the ability to walk. His movements are limited to the upper part of the waist. However, since it has a modular design, upgrades to it are quite easy to do.

Its official presentation will take place during CES 2022. This is the largest and most important technology event in the world, which will be attended by many spectators, who will have the opportunity to see, up close, if their expressions are as real as they can be seen in the videos that have been released.

What do you need for Amici the humanoid robot?

Those who are in charge of developing projects related to artificial intelligence, have the purpose of recreating the human being from head to toe, without losing the smallest detail. Although for many it might seem that the prototypes are still very slow, it is surprising to see how, in the case of Amici, the advances to copy reality are going very quickly.

Amici is an effort to present artificial intelligence in the body of a very realistic android, which aims to develop and display its best machine learning interactions.

In addition to this, it has a Tritium robot operating system, software that has the function of controlling the robots. It is designed so that it can work within a web browser, regardless of the device, as long as it is connected to the internet. It can also read any kind of programming language and work together with any software.

Regarding its hardware, it is based on the company’s research in humanoid robotics. It was built with Mesmer technology, which is responsible for developing a wide variety of human emotions.

Each of these robots has been made based on internal 3D scans of real human beings, making it possible to mimic their bone structure, skin texture and facial expressions. All very convincingly.

Engineered Arts affirms that the artificial intelligence of tomorrow, like the human, requires an artificial body with characteristics similar to those of the human being, so that it can generate a certain degree of empathy.

Regarding its business model, the intention is to offer Amici, together with its operating system, to different types of companies so that they can take advantage of artificial intelligence and machine learning technology.

Tips for Amici the humanoid robot

Some futurists claim that robots will soon have the ability to perform all the tasks we humans do, but more effectively, quickly, and cheaply. Among the things they can already do are the following: