Maybe you’ve finished a course on YouTube or Udemy about Python Programming, and you’ve learned some intermediate level concepts such as object-oriented programming and using functions. Most of these courses do not broach the Python Operators subject very well, but this tutorial will explain all of them one by one in-depth.

We all studied the arithmetic operations in elementary school like addition, subtraction, multiplication, and division, but that was in the math class; and now as a programmer, we must understand how to use these arithmetic operators inside of our programs. So, let’s start with a simple example:

The addition operator is the same as the one that you’ve used in math class when you were a kid. It sums together as many numbers as you want. But there is something that you can do in Python with this symbol that grade school mathematics did not allow, which is adding string objects (Texts) together.

We could add two strings but as you see they are very close to each other, so we can fix this by adding “ “ to our code:

Next, let’s move to the subtraction operator which is the same symbol that you know from math class:

If the first number is smaller than the second number you will get a negative result.

For the multiplication operator, we’ve learned that this “x” symbol is used in mathematics, but in programming, we use the “*” asterisk:

We can also perform multiplication on strings:

The division operator in Python is performed by using the “/” symbol:

There is another symbol used in Python that you probably never heard of called the modulo operator which returns the remainder of a division calculation:

Another arithmetic operator in Python is the floor division operator:

The floor division operator returns the largest possible integer in a division calculation without a remainder.

The final arithmetic operator is the exponential operator. Denoted with two asterisks “**”:

The assignment operator is the “=” symbol, which is used in every programming language, not just Python to assign a value to a variable like this example below:

Augmented Assignment Operators (“+=“, “-=“, “/=“, “*=“, “//=“, “%=“, and “**=“) are slightly different than the normal “=” assignment operator because augmented assignment operators not only assign values to variables, but apply mathematical operations to those values, then stores them inside of the variable.

These operations are often used in for loops and while loops as seen below:

In the example above the num variable’s value increases by 1 for every iteration of the while loop because of the addition operator. The same can be done to the value of a variable for all respective arithmetic operations using Augmented Assignment Operators.

Let us see an example:

The above example will return False since they are not equal.

Let’s see another comparison operator which is the “!=” not equal operator and it evaluate if the two values are equal or not:

The code above returns True because the two values are not equal, hence the function of the “not qual to” comparison operator.

Next are the “>” greater than and “<” less than operators:

The code above will return True and the code below will return False since the second number is less than the first number:

The results of comparison operators True and False are called Boolean expressions.

Logical operators are special words that return a Boolean expression True or False if a specific condition is met. There are three different logical operators in Python; “and”, “or”, and “not”.

Let’s explore of the “and” logical operator:

The “and” logical operator returns True if both values are true. Thus, the above example returns False.

Let’s explore an example of the “or” operator:

The “or” logical operator returns True if and only if one of the values being compared to one another other is true, thus the above code returns True.

The final logical operator is “not”:

The “not” logical operator will always contradict a Boolean expression, thus the above code block  example returns False since the A variable’s value is True.

Identity Operators are used to compare two or more objects in Python. There are two, “is” and “is not“. Both identity operators return a Boolean True or False if the two separate objects being compared are the exact same object in memory.

For instance, an initialized object being saved to multiple variables:

Although, in the code block above, variables A and B are identical in value, they return False because they do not share the same location in memory.

The “is not” identity operator returns True, if two or more objects do not share the same location in memory:

There are two Membership Operators used to validate whether or not an object belongs to a Python sequence (lists, tuples, strings, dictionaries, and sets) “in” and “not in“.

The “is not” membership operator does the opposite:

Unlike the other operators covered in this tutorial bitwise operators are mostly used in lower-level programming languages like C and Assembly to manage memory. Python forces their use for manipulating DataFrames with Pandas and other data manipulation libraries.

Most programmers and coders never use use bitwise operators because they’ve never used them, but they are important in both Computer Science and Data Science.

Our first example is the “&” or “and” bitwise operator:

The “&” operator combines two or more binary numbers; if two numbers are 1 (Yes), but if there is a 0 (No), or both numbers are zero, it will return 0.

Let’s see an example of the “|” (or) bitwise operator:

Our third bitwise operator is the XOR operator, written with “^“.

Let’s see an example of the “^” operator in action:

If both binary values are equal, the “^” operator will return 0, otherwise it will return 1.

Next is the Complement, also known as theNOT bitwise operator, written “~“:

Normally, the “~” bitwise operator means turning all of the 1s (Yes/On) to 0s (No/Off) and the zeros to ones. But integers in Python are signed, and this only works on unsigned integers. Because of this we will always end up getting the negative of an integer minus 1.

Our next bitwise operator is the Shift right:

The “>>” bitwise operator shifts the two left digits of the binary number to the right, returning 12 as the result.

The “<<” bitwise operator moves two digits in the binary number from the right to the left resulting in the value 200.

I will cover both the Walrus Operator and Ternary Operators in separate posts. 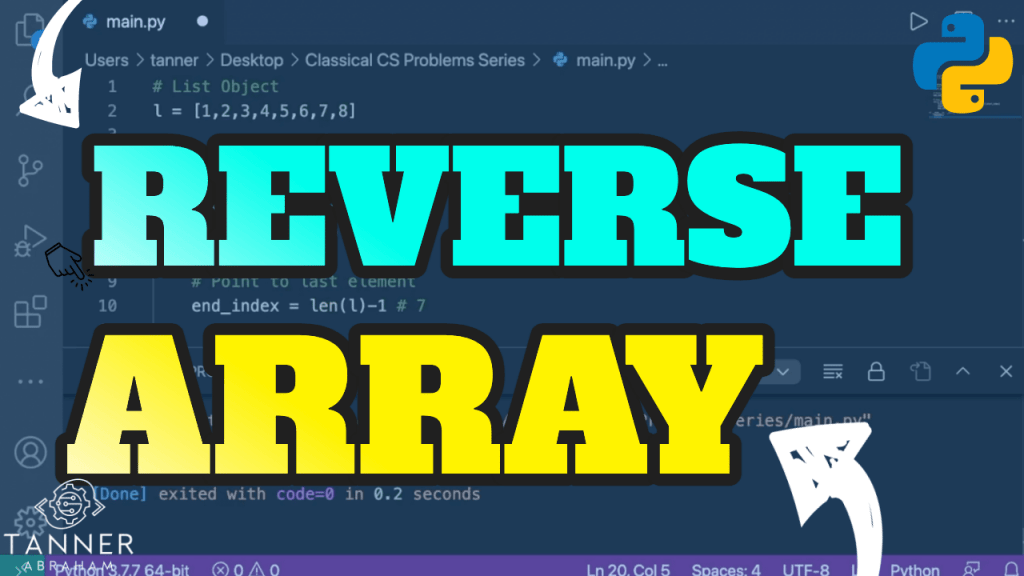